You can find the second part of this series here: Isomers (Part 2 of 2).

Isomers may also be called Structural Isomers, or Constitutional Isomers.

Isomers are molecules that have the same molecular formula, but a different arrangement of atoms in space. I.e. same number of atoms – but different structure. 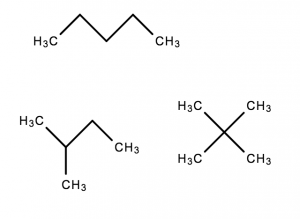 Note: the bonds without denoted C or H atoms are assumed to have Hydrogens attached in Chemistry

Geometric isomers are molecules that are locked into their spatial positions with respect to one another. This is due to a double bond or ring structure. 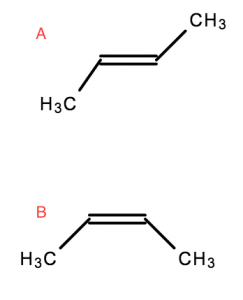 Optical isomers are molecules that differ three-dimensionally by the placement of substituents around one or more atoms in a molecule. 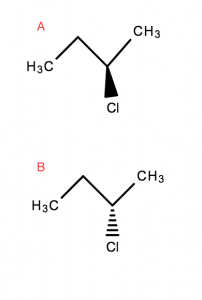 Optical isomers are also enantiomers. These molecules differ in only one characteristic – i.e. how they interact with polarised light.

Optical isomers are mirror images that are non-superimposable on each other.

The red line representing a mirror

This introduces the idea of Chirality. This is covered in the second part of this series on Isomers.

Buy me a coffee